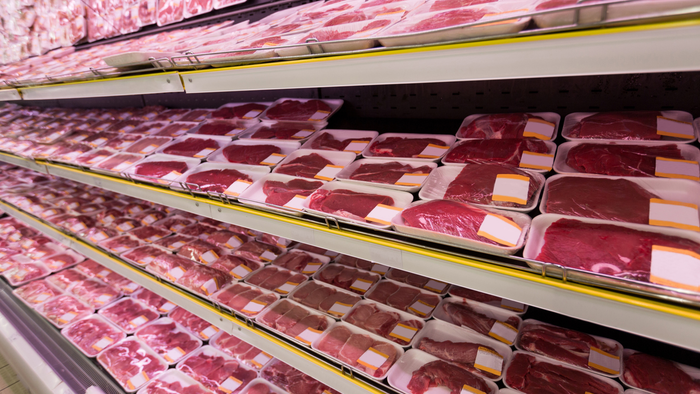 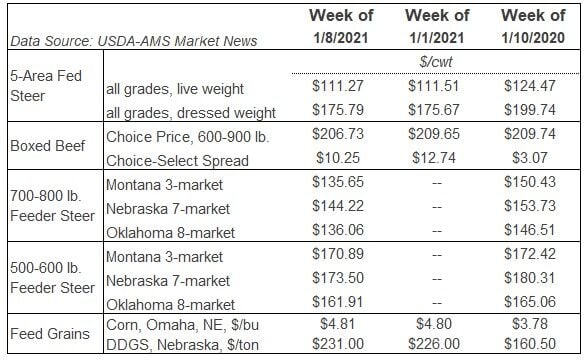 Last week, effective January 4, 2021, the RMA began using new updated yields for the calculation of the beef cutout. The boxed beef cutout values for a carcass basis are calculated from the seven primal cut values, specifically the rib, loin, brisket, chuck, flank, round and short plate. The USDA determines an average percentage that each primal cut contributes toward the total retail beef from the carcass. The contribution percentage from primal to carcass yields is shown in the table below. These primal yields did not change in January.

The boxed beef cutout is important as it represents the estimated value of a beef carcass on a given day. The USDA periodically makes changes to the yield contribution to reflect changes in the industry cuts. Producers and retailers often look to this report to see how well boxed beef is moving and to hopefully provide some leverage in negotiations with packers. Packers can use the report to gauge how well their company is doing relative to an industry benchmark. Additionally, some grade and yield contracts are based off cutout calculations, formulations and yields.

Beef market trends can be further understood by looking at the changes in load volumes as compared to the changes in cutout values. If loads are increasing while values are decreasing, retailers may be promoting/discounting beef in order to get inventories under control. Whereas if loads are increasing while values are increasing, retailers may be purchasing beef to fill their current needs. Small loads and declining prices usually indicate a lack of demand.

Since June 2020 the Choice/Select spread has been narrower than 2019, but wider than the 2014-2018 average. The year 2019 saw exceptionally strong spreads due to the limited percentage of cattle that were grading choice. Due to packer backups and changed demand, the 2020 spread was exceptionally strong in May, declined in June and has since mostly followed the seasonal trend. Since December, the Choice/Select spread has been wider than both 2019 and the 2014-2018 average.

Livestock trade started the week off slightly weaker with feeder cattle prices falling due to the big price increases in the grain markets.

Corn started the week slightly lower. Ethanol margins are poor. Trade remains strong but Argentina is considering easing export. The January WASDE report will likely see changes to corn yields, as well as decreases to the ending stocks numbers. The market has built in expectations that carryover will decrease to around 1.6 billion bushels. Expect prices decreases if that expected decrease doesn’t materialize in the balance sheet on Tuesday.