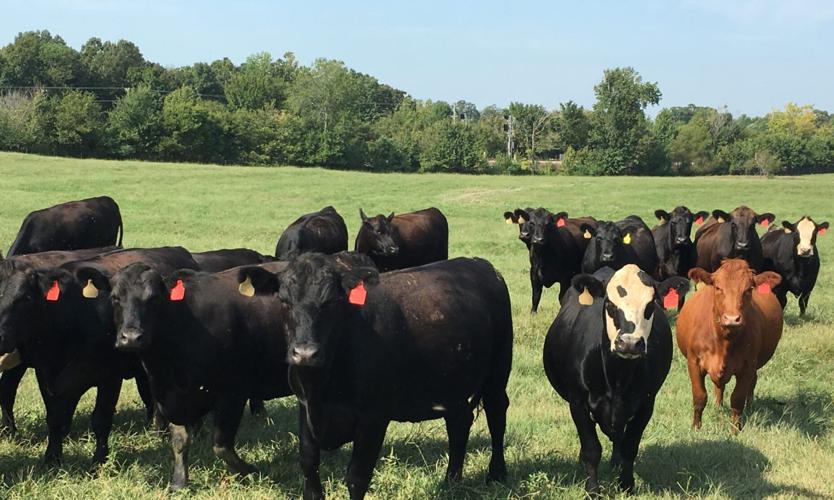 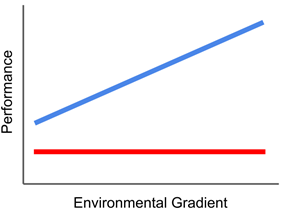 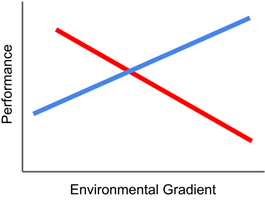 We have all heard stories of that high-dollar cow that our neighbor brought in from Montana, only to have her melt when the temperatures cracked 90˚F or the fescue got especially hot. We know that some cows are better suited to challenging environments than others. Many estimates show that the economic and performance impact of this maladaptation is substantial, costing the industry billions of dollars per year. While these anecdotes abound, digging into the genetics that governs adaptability and turning them into useful selection tools presents a complex challenge. As the climate becomes more volatile, breeding cattle that can excel in their environment will be of the utmost importance. Moving forward, we can take two different paths to address animal adaptability with genetic tools: selecting for adaptive novel phenotypes or changing how we perform genetic evaluations.

The first path to breeding more adapted cattle is using phenotypes that indicate how they handle environmental stressors. Two adaptive phenotypes, early-season hair shedding and pulmonary arterial pressure (PAP), are being widely measured across the industry. PAP is a measurement of an animal’s blood pressure and serves as an indicator for the likelihood of experiencing high altitude disease. At the same time, early-season hair shedding is an indicator of an animal’s adaptation to heat. To evaluate early-season hair shedding, we use a visual 1-5 score to measure how much of a cow’s winter coat remains. This phenotype is typically scored between late April and June, depending on when variation in shedding is highest within a herd. Researchers from the University of Missouri undertook a major initiative to aggregate thousands of hair scores from most of the major beef breeds in the U.S. While hair shedding is not an economically relevant trait in itself, its impact on a cow’s ability to respond to heat stress or toxic fescue stress directly impacts her productivity. The difference in weaned calf weight between cows with hair scores of 1 (completely slick) and 5 (full winter coat) ranged from 35 and 50 pounds depending on the breed. When cows don’t have to devote energy to regulate their body temperature, they can spend more energy raising their calf.

As with any phenotype, with enough records in a genetic evaluation, we can generate EPDs to increase the selection accuracy of these adaptability traits. Traits must be sufficiently easy to measure to build large enough datasets to calculate EPDs. While selecting solely on a cow’s hair shedding or PAP score probably isn’t advisable, it may serve as a “tiebreaker” in some culling or selection decisions. In the future, we might anticipate selection indexes that use traditional performance measures alongside adaptive traits like PAP and hair shedding to deliver an aggregate view of an animal’s suitability to a stressful environment.

In the future, we will continue developing easily measured indicator phenotypes to select well-adapted cattle. As individual animal monitoring becomes cheaper and easier to use, these phenotypes might include higher-tech methods that measure things like body temperature or movement at scale.

Historically, beef cattle were bred for performance in their unique environment. Neighbors most often bought bulls from neighbors. Individuals that performed well in a specific climate were more likely to stay in herds and have offspring. This resulted in notable genetic differences when we looked at animals across regions. DNA variants that helped individuals cope with heat stress were more common in hot environments while remaining unchanged in cooler ones. Over time these regional genetic differences grew more pronounced. Recent work suggests that these regional differences have been eroded over time as cattle across environments became more genetically similar. The use of artificial insemination has increased the genetic merit of the whole population, but likely at the cost of some locally adaptive genetic variants. While some regional genetic differences exist, they are much less stark than they were in the past.

Since the 1970s, we have been calculating national-level EPDs that help us make more accurate selection decisions. These EPDs work incredibly well and are responsible for much of the genetic gain we’ve experienced across the industry. EPDs predict how a sire’s progeny will perform in an “average” environment. We know that some genotypes can perform differently between environments. We call these instances genotype-by-environment interactions (GxE). Sometimes, GxE can cause an increase in the difference in genetic merit between individuals (i.e., superior animals are even more superior in specific environments) (Figure A). It can also cause “reranking,” where the better individual differs between environments (Figure B).