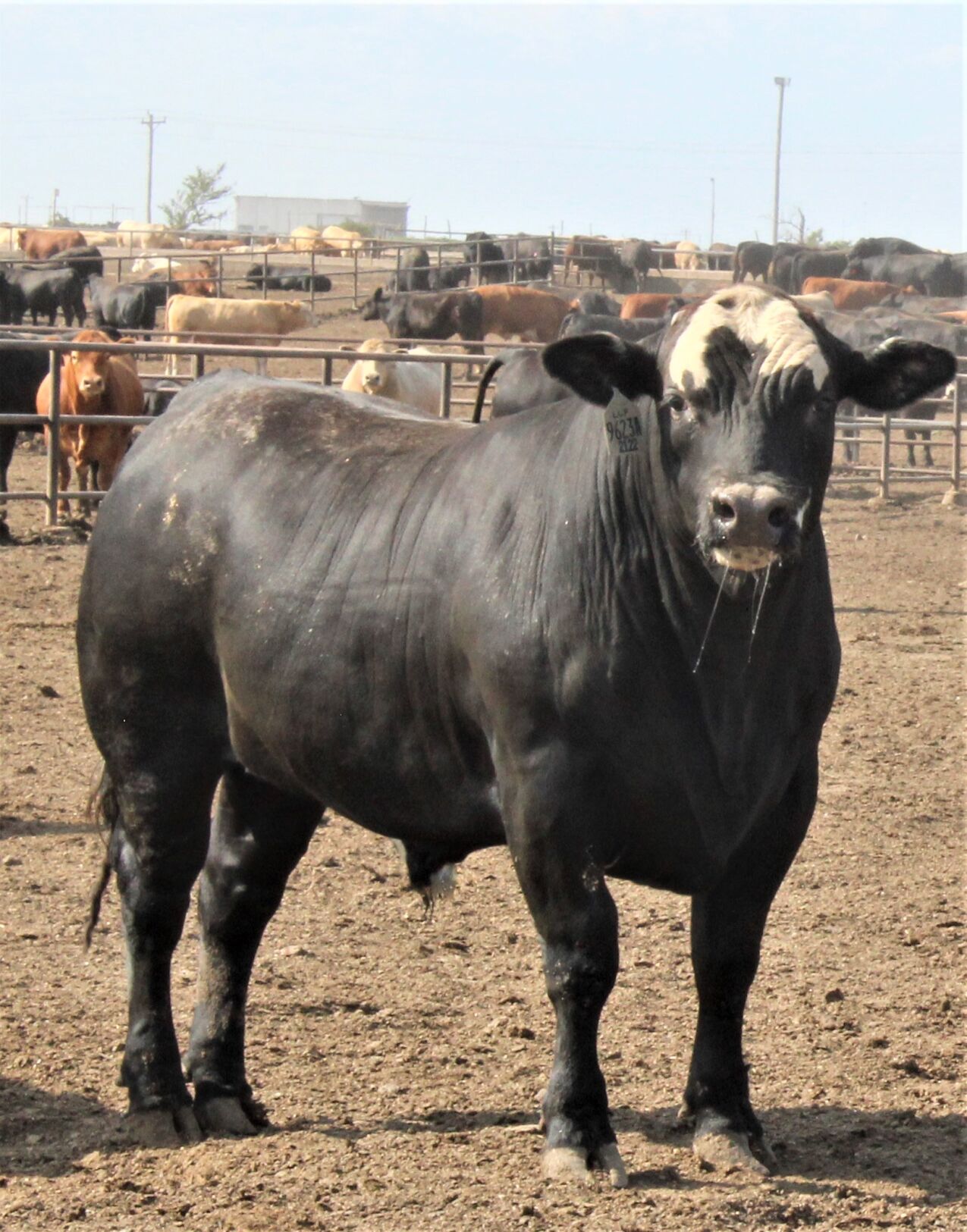 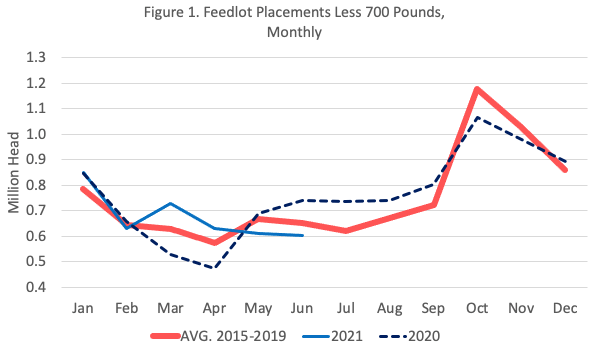 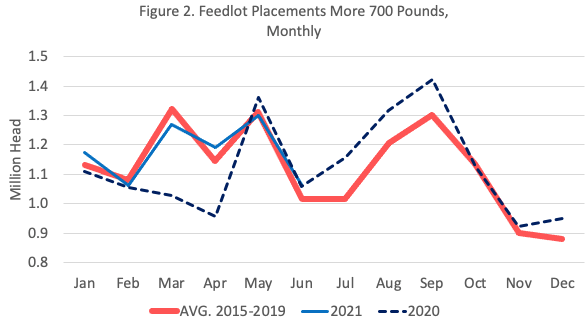 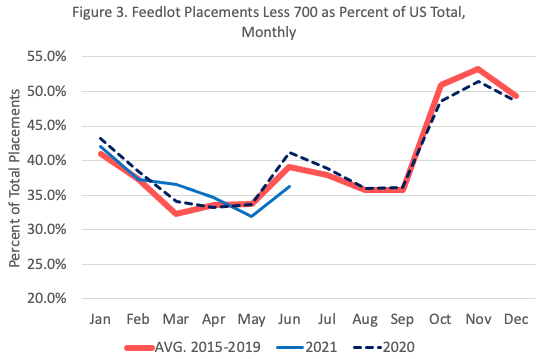 Last week Kenny summarized the July cattle inventory report that was released on July 23. That same day, USDA also released the July cattle on feed report. July 1 on feed inventories and June placements were down 1.3 percent and 7.1 percent compared to 2020, respectively. June fed cattle marketings were up 2.7 percent compared to 2020. All COF estimates were within the range of pre-report expectations. While there were no major surprises in the COF report, there was one estimate that I wanted to revisit.

Three factors likely led to low placements of calves in June. The first factor is a supply-side impact. Drought conditions have continued to worsen in 2021. Currently, 40 percent of pasture and range are in poor or very poor condition. The implication for June placements is that drought conditions might result in more calves being sold earlier than anticipated. Though, I would argue that drought conditions would have a more localized effect on calf marketing decisions. By itself, drought probably does not fully explain that decline in aggregate placements observed in June.

The second supply-side factor impacting placements is the calf crop. The industry has observed two consecutive years of declining calf crops for 2019 and 2020. A smaller calf crop means fewer total animals that can be placed on feed. Recall, cattle weighing less than 700 pounds account for 39 percent of total June placements. For comparison, calves have historically accounted for 51 and 53 percent of total feedlot placements in October and November, respectively. Because of this, I would expect a declining calf crop to have a more significant impact on feedlot placements in the fall.

The third factor is a demand-side impact. Corn prices have trended higher in 2021. Currently, Omaha corn prices are $6.36/bu or 105 percent higher than in 2020 for the same time period. Rising corn prices could have two effects on feedlot placements. First, feedlots could have anticipated higher corn prices and placed more cattle earlier in the year. Year-to-date placements of calves through March were the highest since 2017. Second, higher feed prices favor the placement of heavier cattle and incentivize the industry to add more pounds outside feedlots. Price-weight slides are the best way to monitor the effects of feed prices on relative feeder cattle value.

What does all of this mean for the second half of the year? USDA is currently forecasting an average corn price of $5.60/bu. for the 2021/2022 marketing year. The July Cattle Inventory report estimates a 0.1 percent decline in the 2021 calf crop. Worsening drought conditions would have important long-run implications for the beef cow herd. All three will be important to monitor this fall.