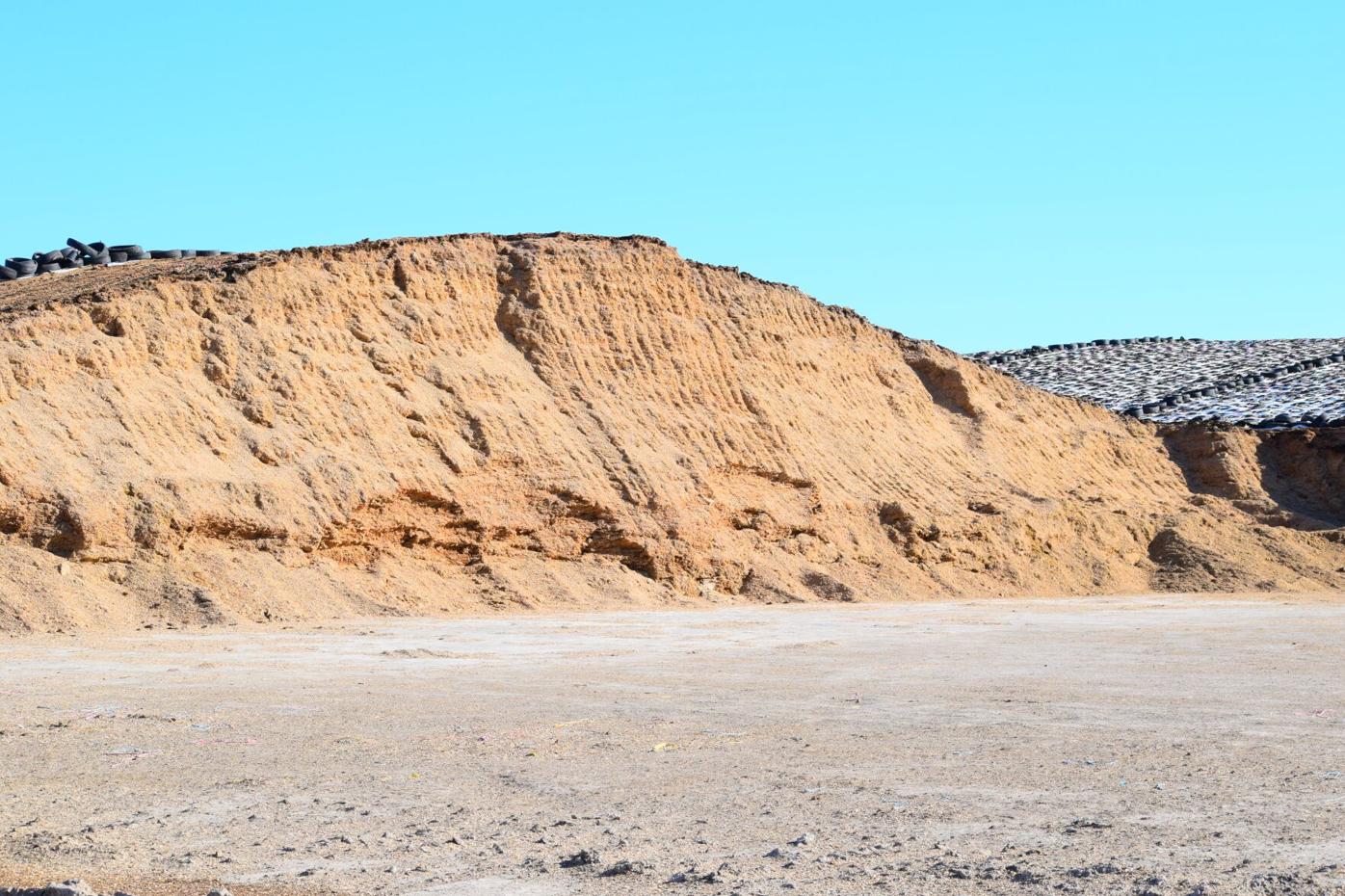 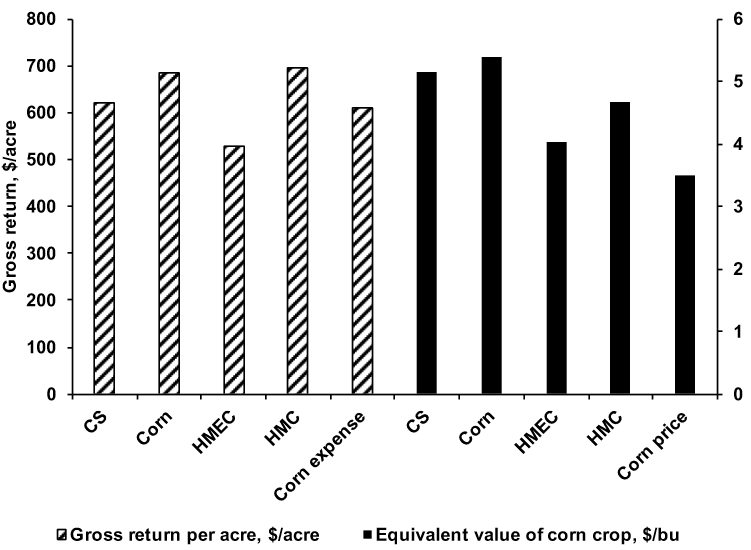 Gross return per acre or corn worth expressed as $/bushel after feeding corn silage (CS), corn (fed as dry rolled), high-moisture ear corn (HMEC) or high-moisture corn (HMC) to yearling steers. Corn expense and corn price refer to the total dollars spent to plant, grow, and harvest corn and market price at the time of analysis, respectively (from DiCostanzo and others).

The business model of the cattle feeding industry is built upon the concept of adding value to feedstuffs by converting them to beef. Beef has much more value as a human edible protein source compared with typical cattle feedstuffs, including corn. Let’s investigate the question: Is it more economical to feed beef cattle corn or corn silage in feedlot diets? Michigan State University Extension offers more information about this subject on its beef nutrition site.

Some great research conducted at the University of Minnesota by DiCostanzo and colleagues investigated different corn crop harvest endpoints and the economic returns per acre when fed to heavy yearling feedlot steers in an integrated crop and livestock operation. The corn crop was harvested as either corn silage at 39 days, earlage at 56 days, high moisture corn at 70 days, or dry corn at 86 days after corn began silking, with the high moisture corn and dry corn being rolled before storing.

Steers offered dry rolled corn or high moisture corn were the most efficient at converting feed to weight gained. Steers offered dry rolled corn or high moisture corn also had heavier final body weights and a greater amount of backfat compared with steers offered corn silage. These results may not be surprising because of the differences in energy density of the diets offered. However, when the researchers accounted for all expenses (fertilizer, purchasing cattle, veterinary medicine, yardage, bedding, and other non-corn feed ingredients), there was no statistical difference for the equivalent value of the corn crop harvested at different endpoints or its gross return on a per acre basis (graph).

Numerically, dry rolled corn fed to cattle added almost $2 per bushel to the price of corn that was sold at market instead of being fed to cattle. High moisture corn and dry rolled corn had a numerically greater return per acre at approximately $700, which was approximately $100 more than the return per acre of harvesting corn and selling it instead of feeding it to cattle. It is also important to consider while dry rolled corn resulted in the most desirable feedlot performance, corn silage resulted in the greatest dry matter and energy yield meaning more cattle could be fed with the corn crop harvested as corn silage. Overall, cattle feeders producing their own corn have the flexibility to choose which combination of corn harvesting endpoints are best for their operation.

The next logical question is, what percentage of the diet should be comprised of each corn harvest endpoint to further maximize efficiency and profitability? In a Translational Animal Science Journal article, Burken and others investigated feeding corn silage at either 15, 30, 45, or 55% of the finishing diet with 40% modified distillers grains and the remainder consisting of corn grain and supplement to crossbred steers.

Using a different economic approach, corn silage prices were set to equal breakeven corn production, resulting in corn silage being priced at 11.3, 10.8, and 10.5 times the price of corn at $3.50, $4.50 or $5.50 per bushel. Results showed greater inclusion levels of corn silage became economically favorable when the corn price was high, particularly at $4.15 per bushel or greater in this scenario.

When producing your own corn crop, the price of corn grain may dictate which corn harvest endpoint you decide is most favorable for your operation and at what level(s) they should be included in the diet. A useful pricing tool to assist with calculating the prices of corn silage, earlage, or snaplage can be found on the MSU Extension website.