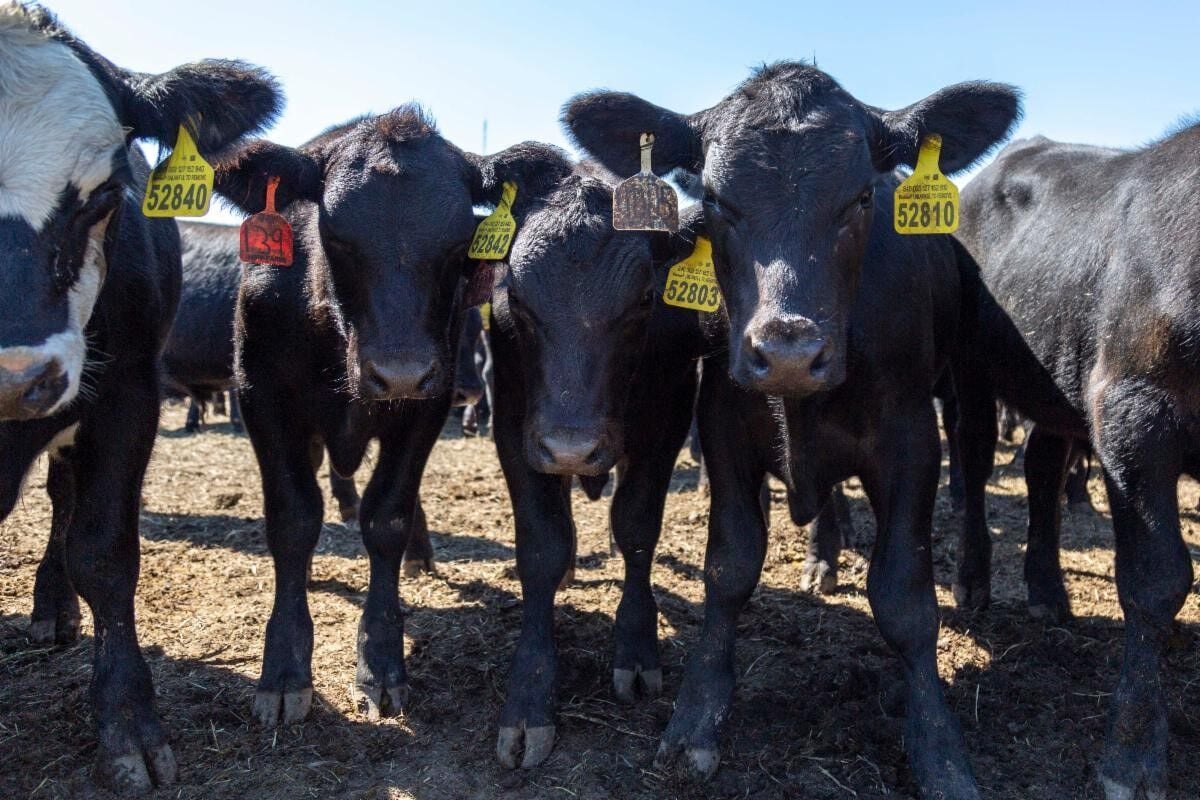 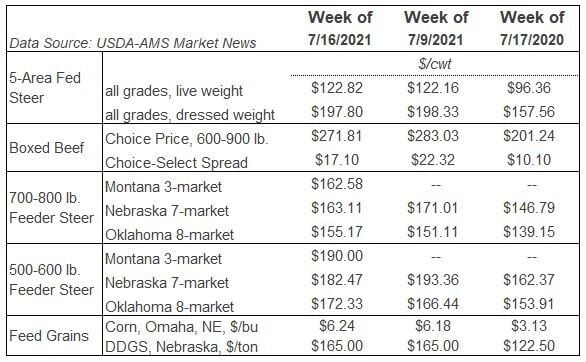 There are several ways to manage price risk when marketing cattle. Some producers spread out sale dates, while others use forward contracts. Some prefer the use of futures and options, and still others prefer utilizing insurance products such as Livestock Risk Protection (LRP). The different tools are substitute goods that can be combined to selectively hedge cattle effectively. The level of information available about how much hedging occurs varies.

The USDA-AMS reports forward contract activity. Forward contracting fed cattle has received attention recently, as contracts are discussed in the realm of other marketing arrangements (or anything besides an auction sale). From a pragmatic perspective, forward contracting could have meant priority for slaughter space during the COVID disruptions in 2020. However, the new signing volume seems to be back to a more normal level in 2021. The current level of cumulative contracted cattle, at 1.4 million head, is up from 1.1 million head in 2020 but below the 1.6 million head in 2019. Forward contract volume of feeder cattle is close to last year. Early July, Superior Livestock had sales for 500–600-pound steers from the North Central region trading near $180 per cwt, up from about $160 per cwt a year ago. However, compared to the October feeder cattle futures price, the implied basis is much narrower than at this time last year.

Futures and options volume is more difficult to discern. In 2016, ARMS survey respondents used futures and options for cattle, but their extrapolated totals seem low for the U.S.[1] The Commitment of Traders reports show producers with more short than long futures positions. Those are likely very large feedlots and packers that must report positions. Some feedlots may be part of the producers with long feeder cattle futures positions. Producers hedging cattle are more likely to be counted among the nonreportable short holders, which tend to exceed the nonreportable long holders. Among the nonreportable positions, the futures open-interest is much larger than the options open-interest across both contracts.

The most transparent information is available for LRP. The 2021 fiscal year ended on June 30, and the higher premium subsidy likely shifted demand for coverage. Head covered sharply increased to a record 180,660 for fed cattle, with the number of policies sold increasing almost five-fold compared to a year earlier. The coverage was most used in Nebraska, but there was volume across the major feedlot states. A look at the participation data suggests that the highest coverage levels were the most popular. The number of head covered is still a low percentage of the total number of cattle on feed. The volume would equate to about 6,000 contracts worth of live cattle. For feeder cattle, there was a ten-fold increase over the 2020 volume, with 861,803 head insured. The coverage was prevalent in South Dakota and Oklahoma, with almost 150,000 and 125,000 head covered, respectively.

The markets finished mixed for the week. In the cash trade, fed cattle were unchanged while boxed beef prices were lower. Feeder cattle prices were mixed as heavier steers traded lower and lighter steers traded higher. Live cattle futures prices were steady in the nearby contracts with a continuing trend higher in the deferred months. Feeder cattle were lower, moving in the opposite direction of corn futures. The cash corn price was lower and the DDGS price was unchanged.