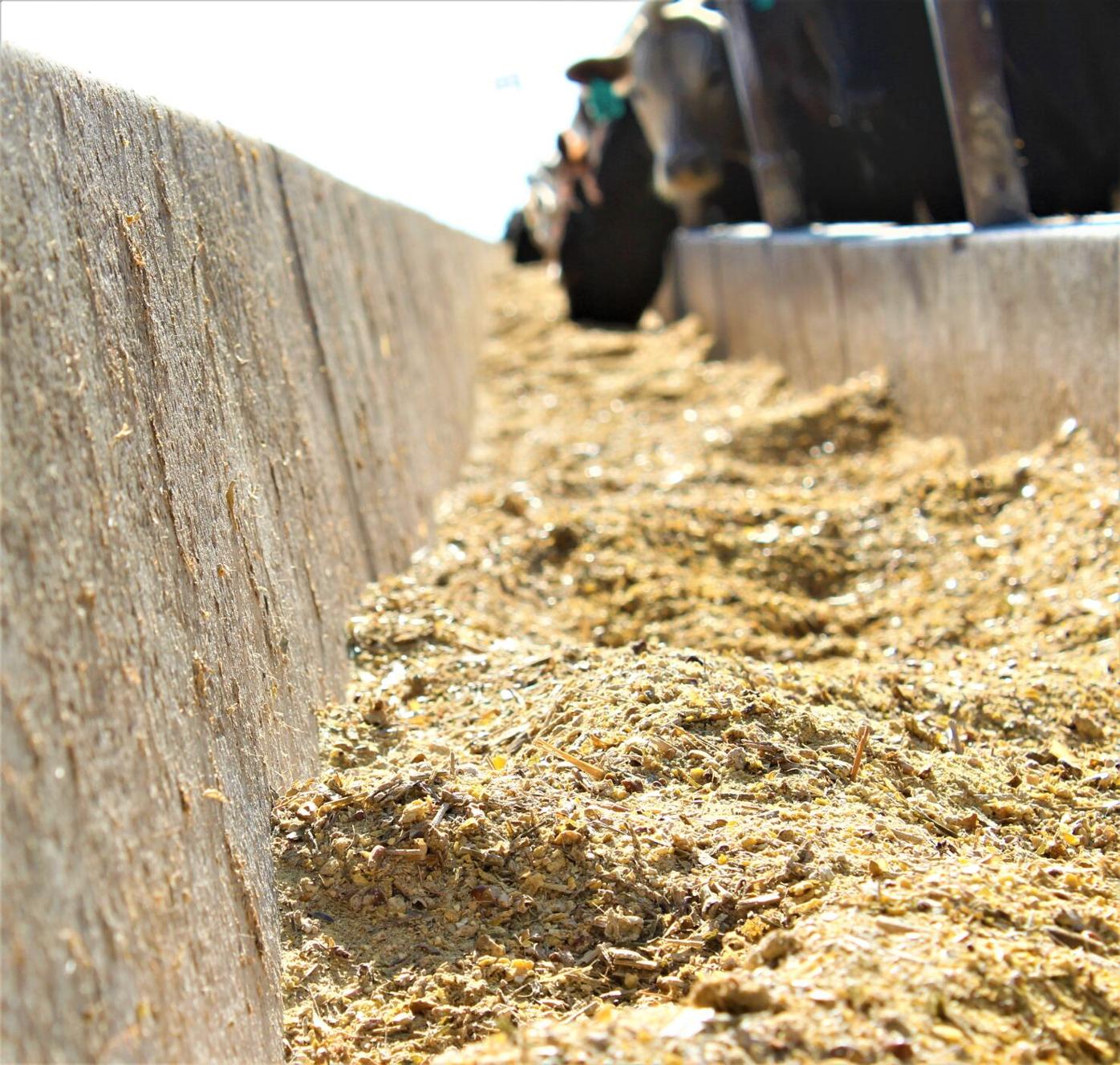 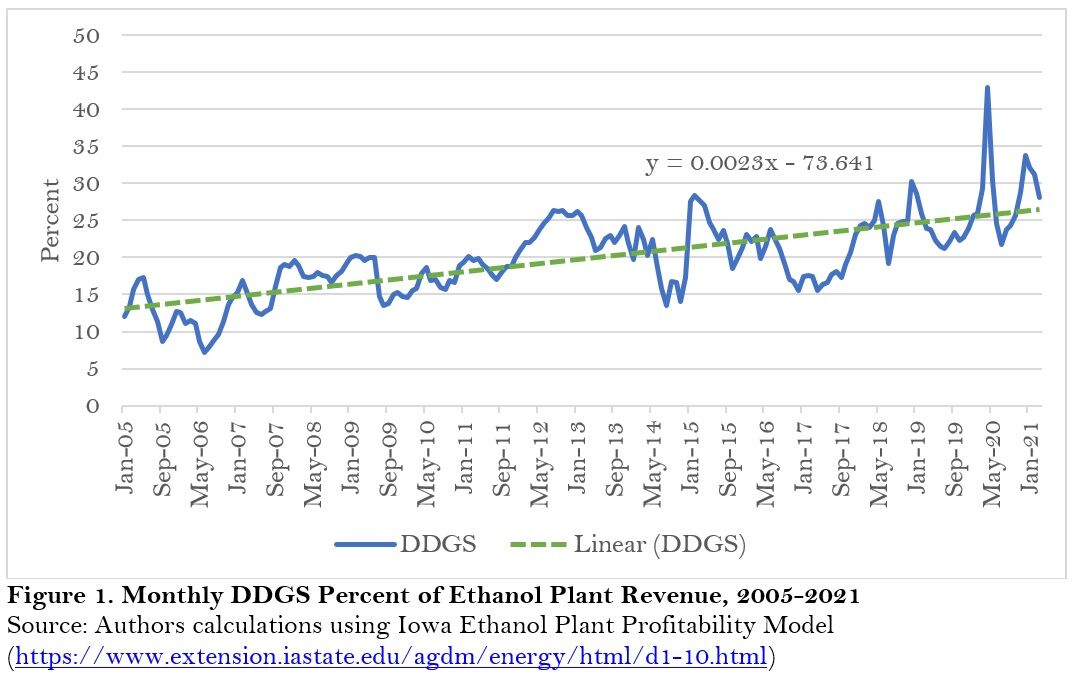 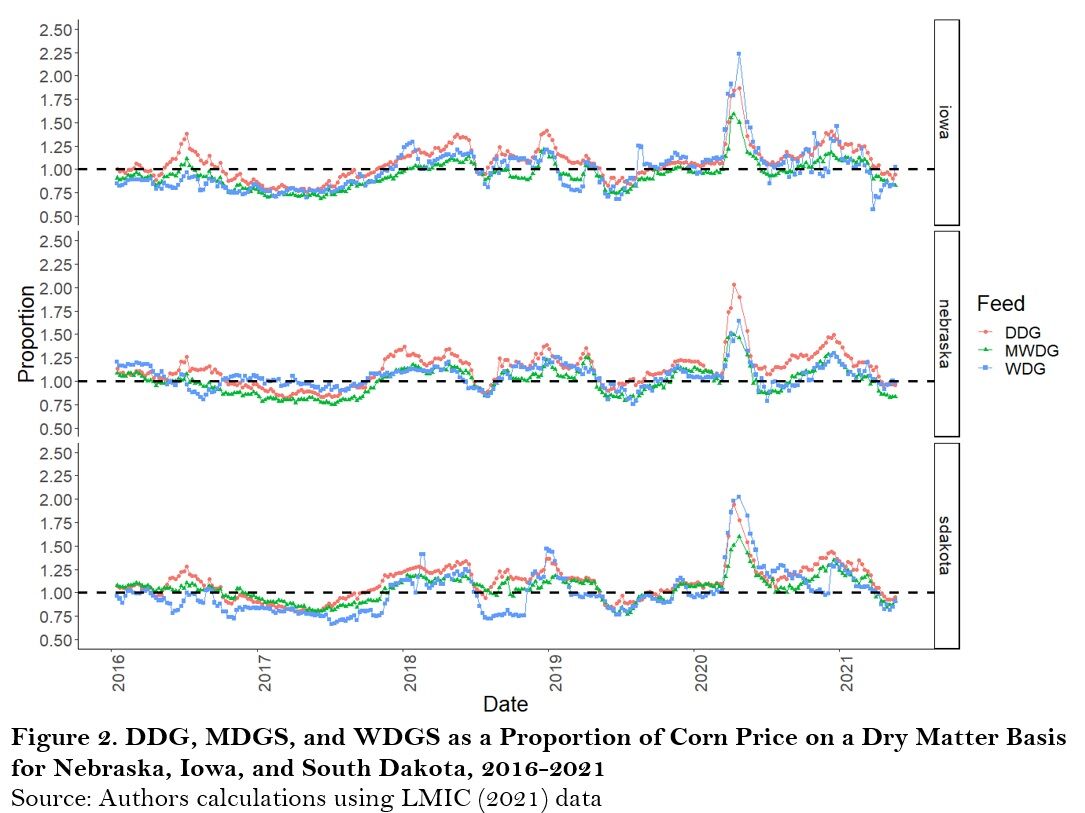 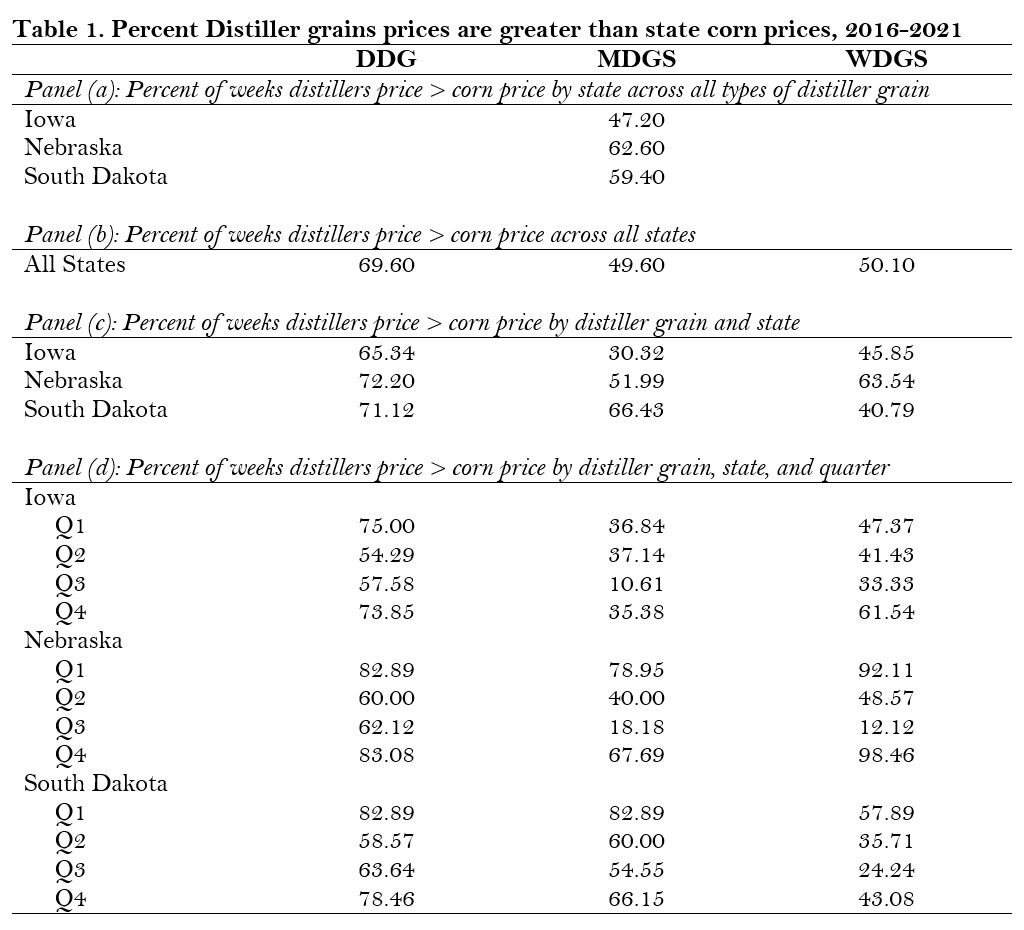 The historical demand from China and domestically low stock-to-use ratios has led to the most recent run-up in grain prices. The direct impact of higher grain prices is that it increases the cost of gain (COG) for feedlots. In other words, it costs more dollars to put on the same amount of weight. Higher COG generally creates incentives for feedlots to place heavier feeder cattle and to ship cattle at lower finished weights. These two incentives combine to require less feed and effectively limit the impact of higher feed costs. However, even at higher grain prices, feedlots could still decide to feed cattle to larger heavier carcass weights if their marketing method is to sell cattle on a negotiated dressed basis. If they are selling on a formula (i.e. grid) where heavier carcasses and fatter cattle are discounted, then feedlots will likely seek to limit excessive amounts of days on feed. Thus, the preferred marketing method will largely influence the decision of how long to feed cattle given elevated feed costs.

Feedlot finishing rations largely consist of 4 to 5 components: grain, byproducts, roughage, protein (if needed), and supplement. Roughage comes in the form of hay, straw, or silages. Supplements consist of needed vitamins and minerals, and perhaps supplemental protein. For feedlots located in the Northern Plains, energy can consist either of corn (rolled, high-moisture, or flaked), other grains, corn milling feeds like distiller grains (dried, modified, or wet), or gluten feeds (Cargill Sweet Bran or wet corn gluten feed). Exhaustive work done by the University of Nebraska – Lincoln (UNL) has shown that regardless of the form of distillers grains fed, each type offers – in most cases – superior nutritional properties to corn through greater energy, and provides protein. The wet products (modified or wet distillers grains) also provide better mixing and holds diets together. Feeding wet or modified distillers grains also allows for use of lower quality forages such as stalks or straw as roughage. As observed in 2020, removal of distillers grains entirely from finishing rations is difficult given the protein and other benefits. One of the primary benefits is that the inclusion of any distiller grains results in improved feed conversion and average daily gain resulting in fewer days on feed. The type of distillers grains used varies these marginal improvements in cattle performance. Currently, we are updating a tool that producers can use to estimate the economic gains by varying the type and level of distiller grains.

The favorable properties and relative affordability of distillers grains – paired with a concerted effort by ethanol plants to market distillers grains as co-products rather than by-products – helped form a market for distillers grains that were largely impervious to, and separate from, fluctuations in the ethanol sector (Morgan 2020). However, a sharp pencil is required to price distiller grains into or out of finishing diets. Too often, inclusion is decreased to non-economical inclusions when the price is higher than grain prices, or the perception that value is no longer provided.

The products constituting the largest share of the co-product revenue stream for most ethanol plants are the various forms of distillers grains, most commonly Dried Distillers Grains with Solubles (DDGS), Modified Distillers Wet Grains (MDGS), and Distillers Wet Grains (WDGS). While both MDGS and WDGS offer higher feeding values than DDGS but their moisture contents and weights make them difficult to ship beyond a limited radius, making DDGS the most common form of distillers grains nationally (Nuttelman, et al. 2011). Nebraska is uniquely situated to have the ability to feed larger amounts of several types of distiller grains relative to other large cattle feeding states with plants close in proximity. This allows for more wet or modified use compared to dry. In addition, keeping the moisture helps with diet mixing, energy capture by finishing cattle, and improves energy use at the ethanol plant. Product handling and storage is a greater challenge and generally more suited for larger feedlots.

Ethanol plants recognize the importance of distiller grains to livestock feeders as well as the role they play in the overall plant revenues. Since 2005, distiller grains have had a growing share of overall ethanol plant revenues. Figure 1 plots DDGS as a share of total plant revenue using the IA State Ethanol Profitability model between 2005-2020. While the share varies between months and across years, the relative share has been rising. Since 2018, it has averaged about 27-28%. It is important to notice the spike during the government lockdown to control the spread of COVID-19 which limited ethanol demand from gasoline. Two other spikes occurred each corresponding with a run-up in grain prices in Fall 2020 and Spring 2021. Figure 1 would suggest that during run-ups in grain prices, revenues from distiller grains make up a larger share of revenues relative to ethanol increases the importance of maintaining this market segment. Further, adding the revenue ethanol plants now get from corn oil (since 2012) and co-products likely make up an even larger portion of ethanol plant revenues relative to ethanol.

So has the recent run-up in grain prices impacted the relative price difference between corn and distiller grains? If so, what are the differences by state and distiller grain? To answer these questions we use weekly reported distiller grain and corn prices as reported by USDA and compiled by the Livestock Marketing Information Center (LMIC). We specifically focus on spot grain and distiller cash transactions and ignore contracted price ratios that feedlots may have received. Corn and all distiller grains are converted to a $/bu. and dry matter basis to allow an accurate comparison of prices. Then, we calculate the ratio of distiller grains to corn – greater than 1 implies that distiller grains are relatively more expensive than corn and less than 1 implies corn is relatively more expensive than distiller grains. Figure 2 plots these distiller grain : corn price ratios for Iowa, Nebraska, and South Dakota for DDGS, MDGS, and WDGS. The large spike in Spring 2020 was due to a combination of reduced supply from idling ethanol plants and increased demand from livestock feeders from closed packing plants. The Spring 2021 run-up in prices has only slightly affected the distiller grain : corn price ratio due to surging demand for ethanol as consumers began to travel after quarantine restrictions were lifted. The run-up in Fall 2020 had a much larger impact on the price ratio but is somewhat puzzling given ethanol production was rising and corn demand from China was high. We are uncertain why the price ratio began to rise. So while distiller grain and corn prices are currently nominally higher, the relative price difference between the two is approximately 1:1 on a dry matter basis. There are only minor differences between states. What producers may be noticing is the volatility in prices from week to week which has significantly increased over the past 18 months.

The key issue for beef producers is to know your source of distillers, what that specific plant is producing, and periodically sample and test distillers for protein, fiber, fat, and sulfur. Once you calculate price compared to corn or price per unit of energy, then better decisions can be made recognizing that prices will vary throughout the year and is subject to local supply and demand conditions. Distillers are providing fat and protein, so pricing relative to other fat sources or protein sources is advised rather than just on a protein basis. In most cases, this likely means you will still want to feed 12 to 20% of your diet (DM basis) as distillers grains unless it reaches 150% of corn price on a DM basis. The higher prices relative to corn are offset by the benefits of improved animal performance and rations (see paragraphs above for more detail on this subject). Remember that with wet byproducts, inclusion on a DM basis is much lower than on an as-fed basis due to the water content. In other words, feeding 15% wet distillers grains on a DM basis is likely 25% or more on an as-fed basis depending on what else is in your diets. Lastly, the ethanol and co-product market has experienced increased price levels and volatility relative to corn prices. While these price effects have not been the same by distiller grain or location, the financial impacts in Nebraska are relatively larger compared to other states especially for WDGS relative to other distiller grains (see Table 1).

Interviews with the authors of BeefWatch newsletter articles become available throughout the month of publication and are accessible at https://go.unl.edu/podcast.