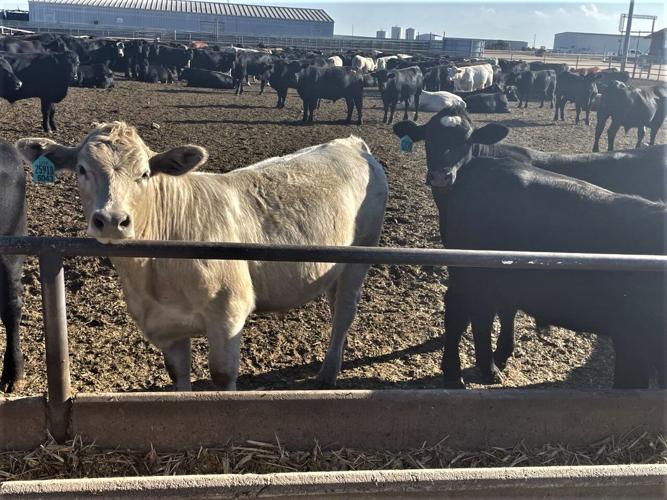 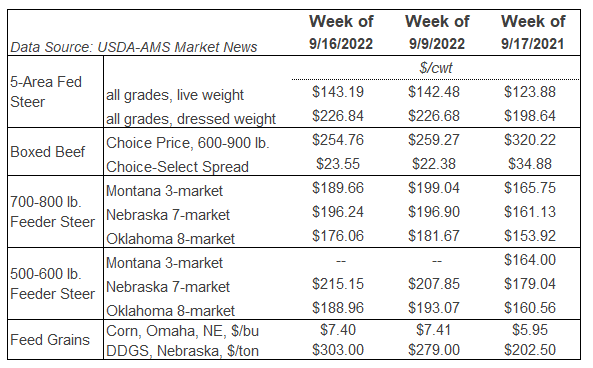 The fall run of calves is underway for the Great Plains and mountain states. Price reporting for feeder cattle and calves are rather thin – especially in Colorado – through the summers and the past three weeks have revealed more substantial numbers of transactions. A counter seasonal rally in feeders occurred from May through August but the recent $1 plus per bushel increase in the harvest corn contract price has stopped this. It will be interesting to talk to producers and lenders during the rest of the year regarding LRP strategy. The story about insurance purchased in the late spring and early summer will be rather different that purchased in the early spring when the feeder cattle market was moving higher. Sell hedges when the market is under duress are routinely disappointing.

Feeder markets from Colorado, Wyoming, Montana and Utah are all showing strong prices. Down from the price peaks in mid-July – if there was trade then – but good demand, strong interest, and prices between the high-$170s and mid-$180s for 6-7 cwt steers. Heifers are typically $10 back from the steer price. Calve and feeder cattle prices in Nebraska and Missouri are stronger yet bringing from high-$180s to mid-$200 again for 6-7 cwt steers. 4 cwt calves in many regions have brought better than $2 per pound for much of 2022 but now steers weight 6 cwt or better are bringing this price.

The underlying basket of fundamentals talked about much of this summer remain strong. Packer and retail margins, and beef demand, remain strong. Red meat in particular and protein in general have abundant supplies and high values. International trade is important but not the main driver – it appears to be the domestic consumer. Discussion of inflation and economic slow downs are troublesome but the unemployment number disagrees.

While the news and market conditions appear bullish, I am less optimistic through October. On-feed numbers are seasonally high and long-fed inventories remain abundant. The first part of the fourth quarter has to content with large numbers and some of the heaviest carcass weights. Substitute red meat production is also the strongest in the fourth quarter.

What does the technical picture say? Nearby live cattle contracts are sitting at resistance plane highs while deferred contracts have nibbled through resistance but have yet to push materially higher. Nearby and deferred feeder cattle contracts have back off from resistance – likely responding to the corn market rally – and simply responding to the overall strength in prices. The clear uptrends for feeder cattle are no longer in place. The resistance held: a sell signal. And it is only the deferred live cattle contracts with a much shorter trading history that reveal upward strength. I look for and believe it is reasonable for these markets to have trouble through October.