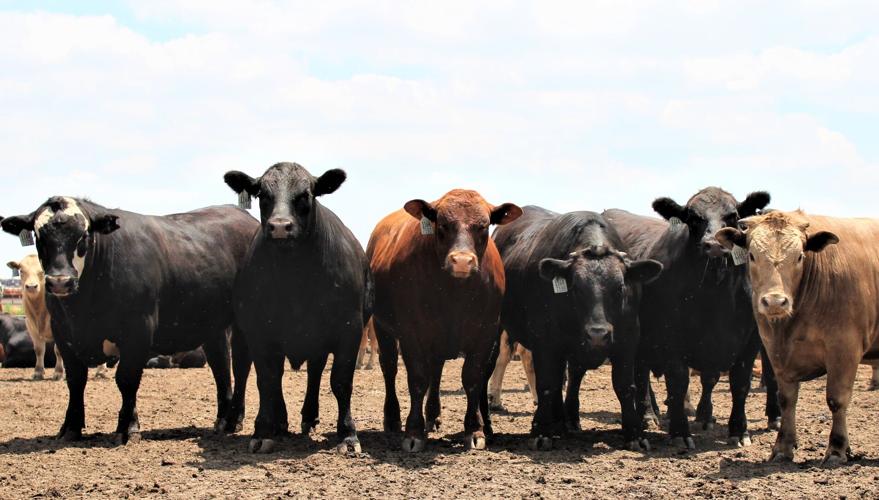 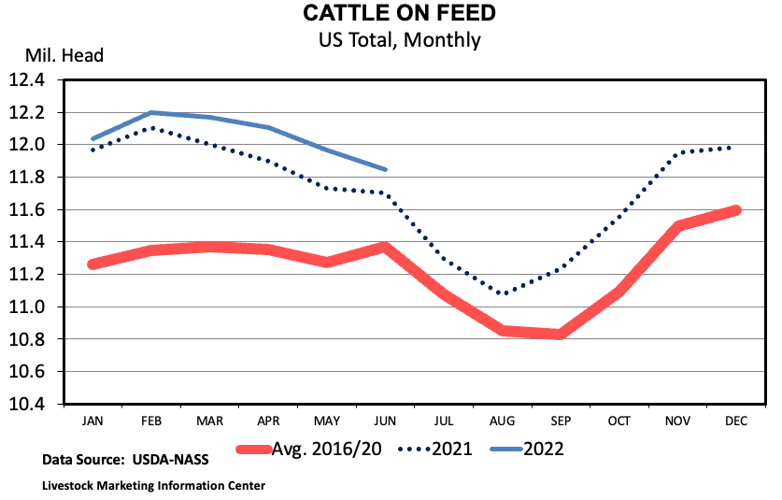 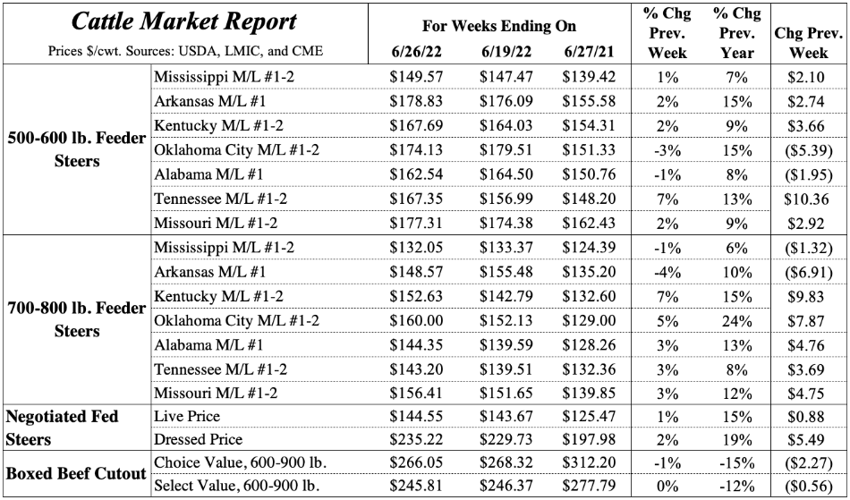 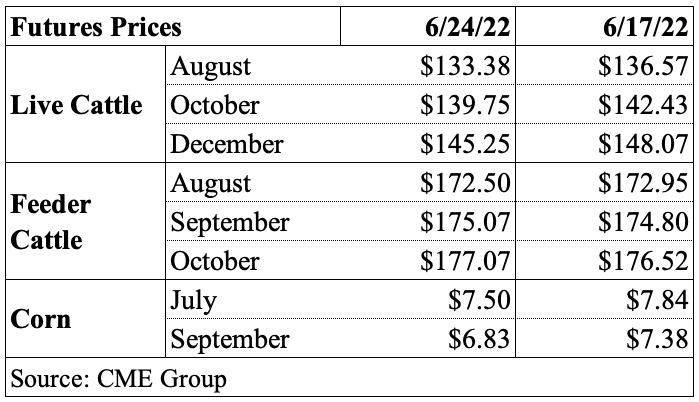 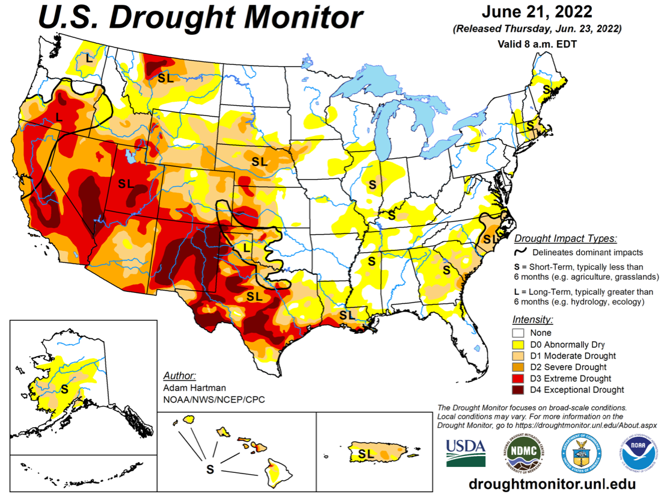 Just like the past few months, the latest monthly Cattle on Feed report showed a record number of cattle in feedlots with 11.85 million head on feed as of June 1st. This was up 1.2 percent (or 142,000 head) over June 1, 2021 and is the highest on record for any June 1st since the series began in 1996.

Placements were down 2.1 percent during May 2022 as compared to May 2021. This was a surprise when compared to pre-report estimates which ranged from one percent lower to 1.5 percent higher than a year ago. Despite the overall decline, placements of lighter cattle were higher. Placements of cattle under 700 pounds were up about 5 percent while placements over 700 pounds were down about 5.5 percent. Approximately half of the increase in lighter-weight placements occurred in Texas where drought continues to impact cattle flows.

Marketings were about 2.5 percent above year-ago levels, but May 2022 had one more slaughter day than May 2021. On a daily average, marketings were slightly lower than a year ago and were at the low end of the pre-report range of expectations.

As shown in the chart above, feedlot inventories are declining seasonally and typically bottom-out in the late summer. That trend is expected this year, too, but it remains to be seen just how quickly the inventory numbers decline through the summer or increase during the fall. The number of calves born in the U.S. has declined annually since 2018 and 2022 is expected to be smaller again. Lower feedlot totals are on the horizon, but more heifers and lighter cattle moving through feedlots (among other factors) complicates trying to pinpoint the timing. Lighter cattle typically stay in feedlot inventory longer, and an increase in heifers in the feedlot mix means higher feedlot totals now but fewer replacements to produce calves later. Both of these factors are likely contributing to higher feedlot totals today, but do not suggest sustained high inventories in the future.

Feeder cattle futures markets were up about $2 per CWT in trading today depending on the contract. Feeder futures have rallied about $10 per CWT over the past month from their low point in late May. Live cattle cash price averaged $144.55 last week which is the highest weekly average since May 2017.